This area is called the Golden Isles of Ga. During the winter our salt marshes look golden. See 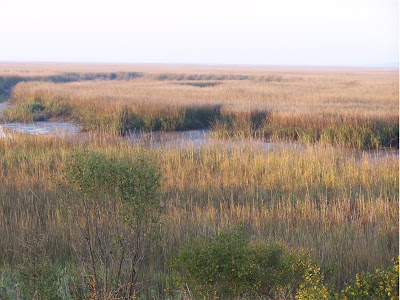 Last Friday, I was out with a group for my Friday Morning Amble around the historic district of Jekyll Island. These walks can be an hour or two hours. The group can request the time. It is amazing how fast time flies by. Anyway we were enjoying being serenaded by a Carolina Wren. 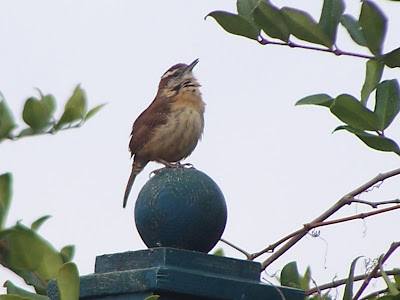 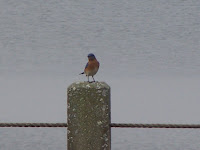 There were about nine Eastern Bluebirds feeding on the grass. It was a fine morning. We look down at the salt marsh to see if a kingfisher was around when we saw the cord grass was a lovely shade of gold. 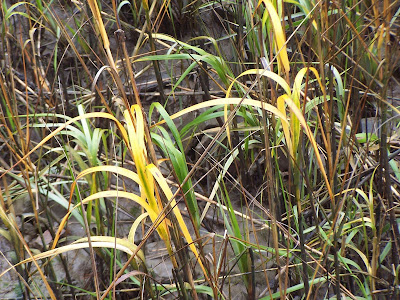 No wonder it is called the Golden Isles. It was a golden morning for we ended our walk watching a Baltimore Oriole feeding in the top of a live oak.
Posted by Lydia at 5:48 PM 2 comments: 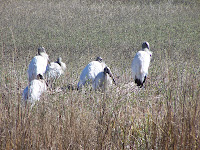 Have you ever wanted to have a birds eye view of the world? Not from the ground like these Wood Storks hanging out in the marsh. No way up so you can feel like a bird in the trees.


Well viewing towers can give us an opportunity to have that view. 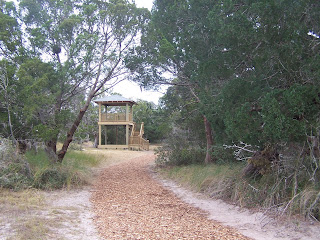 Today we were invited to be at the Ribbon cutting for this tower. Being the early bird, I was there before the main group. 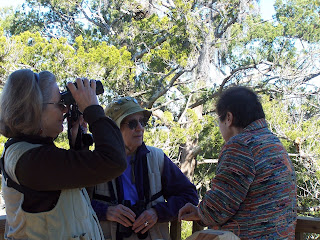 Sharon, Judith and Jayne, who regularly join me for my Thursday Morning Bird Ramble birding tour, joined me. It is always nice to share the view. Here is part of the main group of Jekyll Island Authority (JIA) board arriving. See don't you feel a little like a bird? 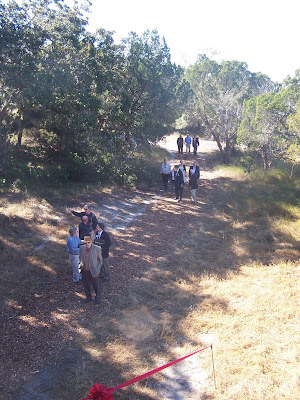 They came to officially open the tower & thank the maintenance staff spends hours putting this tower up with a ribbon cutting ceremony. Here is the group actually cutting the ribbon. 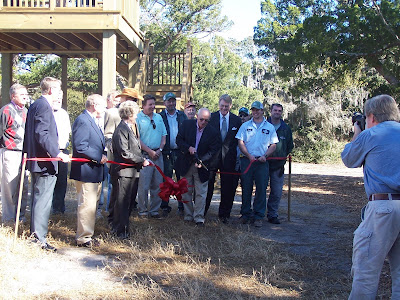 Jones Hooks is the Executive Director for JIA. After the ribbon was cut the board members, staff and guest all came up to see the view. Here is Jones Hooks with Sharon, Jayne, and Judith. 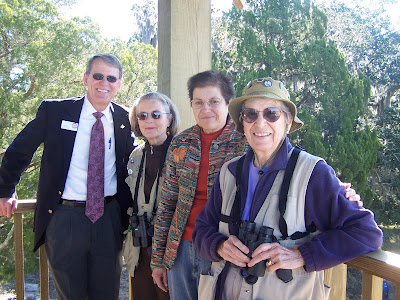 Well anyway it was a perfect day, just the right temperature the sky was very blue and made the water very blue. 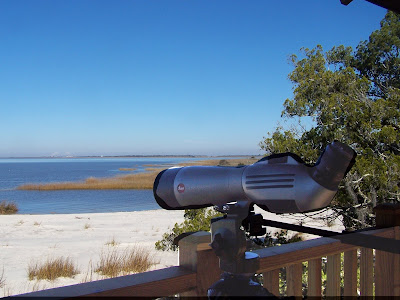 A few birds were around. Yes see the view, isn't it was stunning! 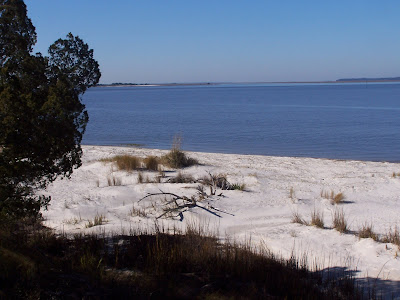 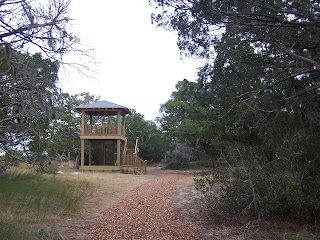 This tower is located in the St. Andrews Picnic Area on Jekyll Island's southwest side. From the parking lot walk right past the nice warm bathrooms and follow the path to the right through the cedar trees and it will be in front of you.
Posted by Lydia at 9:55 PM 4 comments:

I have a Hermit Thrush wintering in my backyard. This bird enjoys my bird bath drip. Here is an painting of the bird. 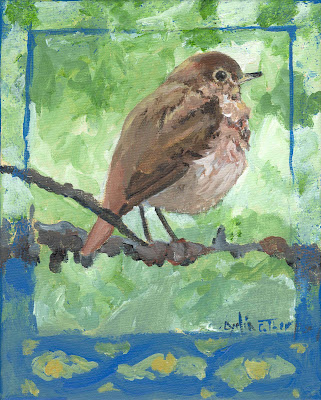 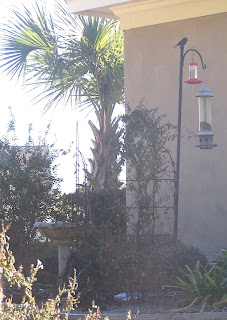 Martha and Richard Armstrong put out their hummingbird feeder in November. One of Martha’s school mates had given a lecture on wintering hummingbirds. So they they put that feeder, after a month or so of waiting they were rewarded. Two hummingbirds showed up. The first one was a tiny Ruby-throated male but the second one was not. They emailed pictures to their friend Fred Bassett. Fred sent the pictures to Doreen and Jim Cubies of Awendaw S.C. This is the way the Hummingbird Study Group works. 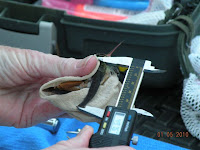 They jumped in their car and ca 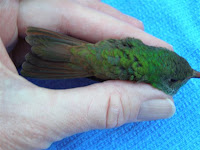 me to St. Simons to band the Buff-bellied Hummingbird. This is only the second record of this hummingbird species in the state of Georgia.
What excitement!

Even with this bone chilling cold the bird is surviving. This photo is taken by Bill Flatau who was very kind to allow me to use it here. 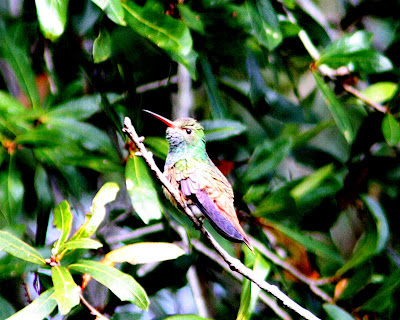 This is an after-hatch year (full grown) female. She is singing which is a high pitched chatter to my ear. Isn't she a jewel? She spends part of her time sunning in t 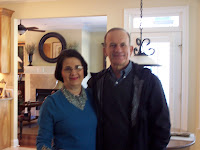 he live oak trees and part of her time at the feeder. Although in true hummingbird fashion she is a bully to the little Ruby-throated Hummingbird.
Thanks so much Martha and Richard Armstrong for being so nice to all us birders who are clamoring to see it.
Posted by Lydia at 3:31 PM No comments:

Blue passed away just last month. She was around 21 years old. Here is a drawing I did of her curled up on the bed surrounded by hand made pillows. 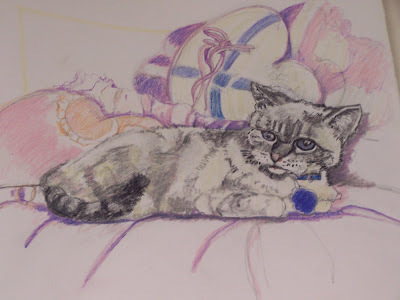 She was a well loved member of Judith and Les's family for 18 years. When they would go out of town, I would go over and spend a little time with Blue. She was a loving cat.

Why am I putting Blue in a birding blog?

Listen to Blue’s story or at least what is pieced together for us. Blue was an outdoor cat for the first two years of her life. She was loosely owned by two people who left her when they moved. They thought that she would be feed by other people in the apartment complex . Judith heard about this cat & went over and brought her to her new home. The cat was then call Momma Cat because she had had at least two litters of kittens.
She was fixed, got all her shots and a new name.
At a party a while back a couple came up to Judith. They said, "We hear you have our cat." Judith’s reply was I have a wonderful cat that someone threw away. Then she walked away.
Too many cats are being thrown away. They have kittens and the kittens grow up wild and unchecked. More and more cats are forced to live short hard lives eating what they hunt, birds, lizards and small mammals.
On the Glynn County Christmas Bird Count this year. I stopped at a couple of my good birding spots only to find cats lurking. 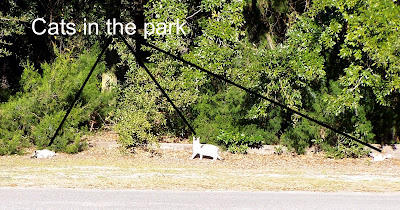 At one stop there were two beautiful cats in the trees. 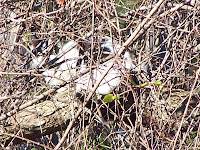 We watched this cat climb down. 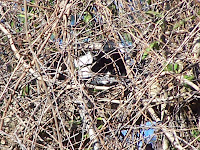 The cat on the left was taking a nap.
Sad to see so many cats thrown out. It is hard on the cats and hard on the birds.
I wish more cats had Blue’s story.
Posted by Lydia at 6:48 PM No comments:

It is the dawn of a new day and a new year. 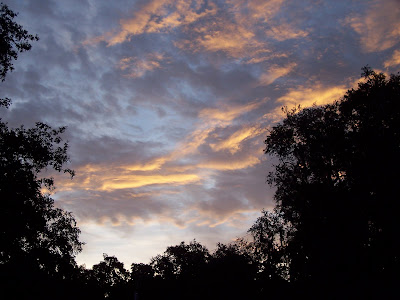 What will this year bring? I hope it bring more awareness of birds and where we live. I hope to continue my study of birds thru my art. What ever happens here in the Golden Isles I put some of it here.
This is a hickory tree in my neighborhood. It is so beautiful and golden. It is a great image to start the year. 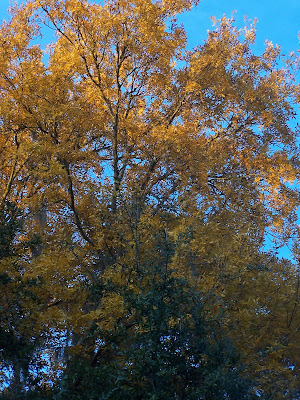 May your year be golden as well. 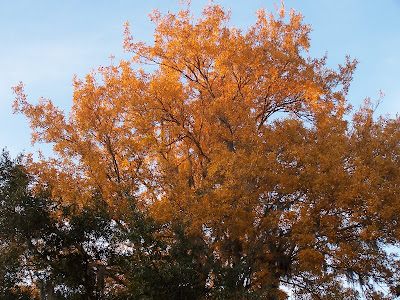