This time it is a white phased Reddish Egret 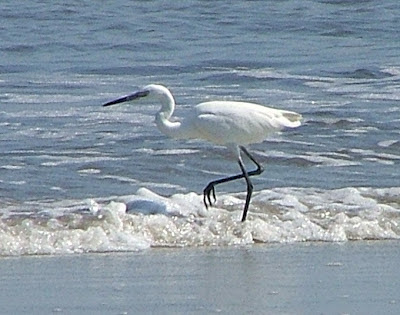 Ok enough already.  Another Reddish Egret shows up on the south end of Jekyll aka Jekyll Point.  Just because I said it was a rare bird here and then two are here last week then this week a white phased bird shows up…. UNCLE! 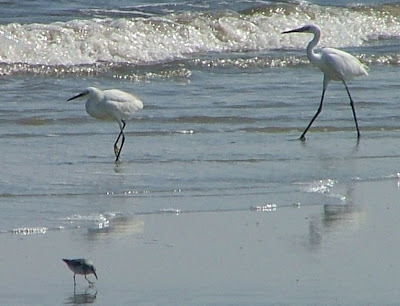 Here is a picture with Sanderling, Snowy Egret and then Reddish Egret


Really, what it does tell me is to remain flexible.  Reddish Egrets are found on the Georgia coast.  In some places like Little St. Simons Island (LSSI) they are to be expected.  It isn’t that far from LSSI to Jekyll Point, so there should be no surprise. 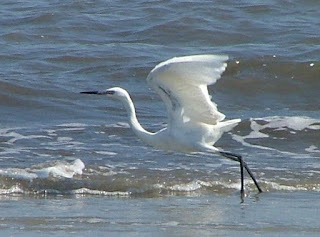 I enjoyed watching the bird strut and dance. It also kept me around long enough to see two banded Piping Plovers.

Pledge to Fledge this weekend

This weekend is “Pledge to Fledge” or P2F.  The idea is to introduce folks to birds.  I do this all the time on the beach.  These two women were just walking down toward the birds.  I asked them if they would like to look through my scope.They were thrilled. 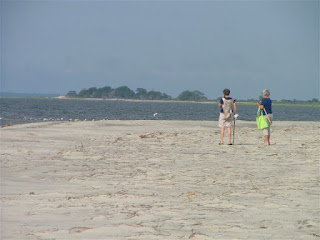 I showed them how to take a couple of pictures through the scope.  They walked on down the beach looked at some of the birds on their own and then turned around without disturbing the resting birds.  Yea!  I going out to see if I can find a couple more.  This is fun!  Join the fun!

You just never know what you are going to find when you go out birding. 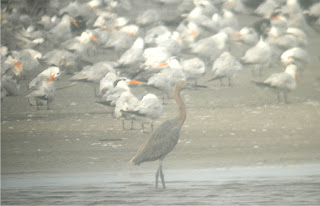 About a month ago, I told Ben Carswell that Reddish Egrets were a rare bird on Jekyll. Well, just don’t challenge mother nature. She will just prove you wrong. So why was I surprised when I found not one Reddish Egret but two at the south end of Jekyll. Here, are a few pictures of the egrets. 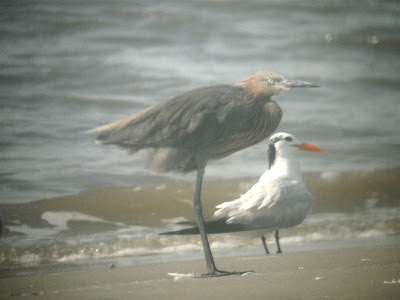 Also on the beach were gulls, Lesser Black-backed Gull, 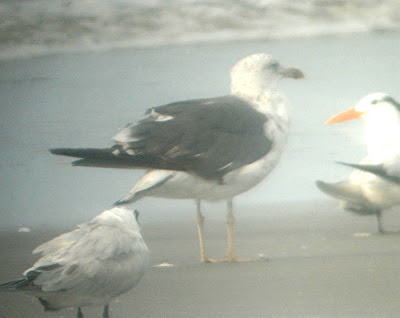 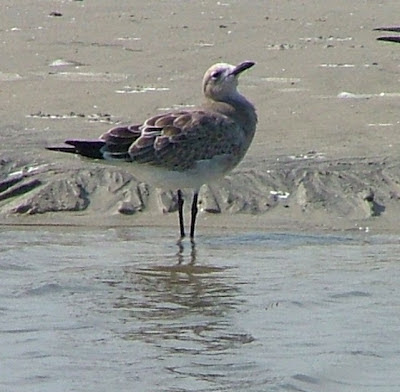 It certainly is fun just to stand out there for a couple of hours and watch the shorebirds, terns and gulls.

The rope line came down 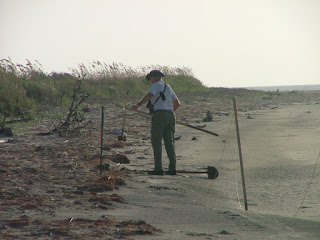 Gene taking down the stakes 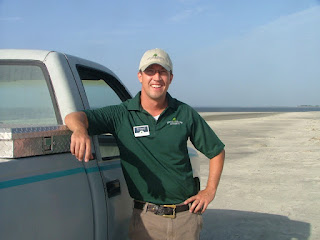 On Friday, Gene Keferl, Ben Carswell and I met to take down the fence line that had defind the plover nesting area at the south end of Jekyll.  This rope line helped three pairs of Wilson's Plovers nest and they raised 6 chicks successfully.  The fence helped but so did the volunteers that came out to watch the flock of resting and nesting birds.  It takes caring.  Thank you everyone.
Posted by Lydia at 9:14 PM 1 comment: