They are back. Well at least one is back. There are birds I watch for everyday during a season. The Gray Kingbird at the shopping center on Jekyll is one such bird. This year April came and I started looking for the Gray Kingbird….no bird. May 15th came but no bird. I was sad, so sad. These kingbirds are just a delight to watch. They swoop down catch a bug then back up the wire. 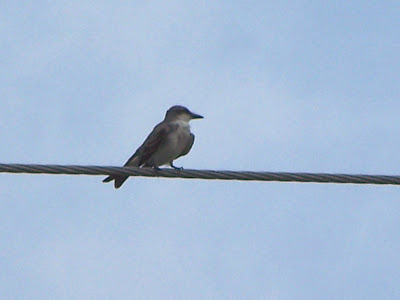 Good news, yesterday one Gray Kingbirds was on the wire singing it cheerful song. It was just late very late. Does anyone else notice that a lot of our bird species are late this year?
Posted by Lydia at 9:17 AM No comments:

My camera quite working in mid April so I am depending on folks to share their photos. This last weekend, I had the pleasure of being part of an Atlanta Audubon's Shorebird Workshop weekend. It was awesome! Dunlins, dowitchers, willets and oystercatchers, oh my, all gorging themselves on horseshoe crab eggs. Red Knots were found at several locations. On Sunday we had a huge flock at the south end of Jekyll. There were several birds that were banded. Here is a photo taken by Pat Leary. 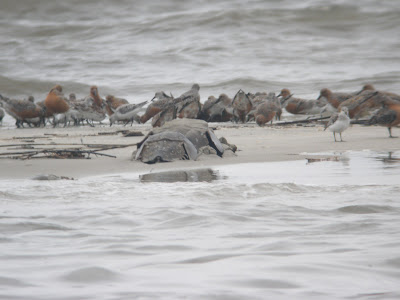 The horseshoe crabs are in the foreground with the knots and sanderlings fanatically feasting.
Posted by Lydia at 4:31 PM No comments:

Well, I could not find the nest of the spoonbills. It did look promising. Oh well I will keep watching.
Now the Wilson's Plovers at the south end of Jekyll are nesting. 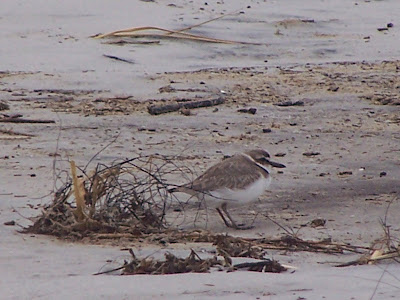 Any day now we are going to have little plover chicks racing around the dunes. Here are two of the Wilson's Plovers together taken back in April. 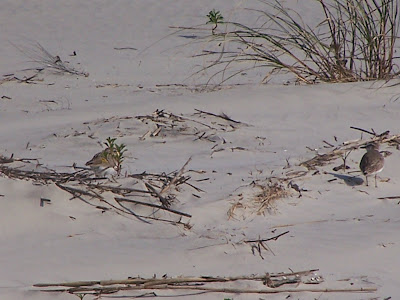