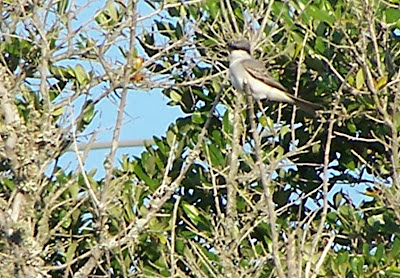 Well there are two more Gray Kingbirds on Jekyll Island. These tropical flycatchers are common in the Caribbean and well into Florida but they are only found in a few places along the Georgia coast. For the last twenty years Jekyll has had a least one pair nesting near the convention center. On Tuesday May 20th, it looked like the proud pair were feeding two newly fledged kingbirds. Congratulations to the new parents. 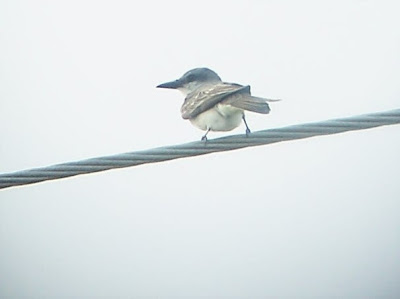 Sometimes we have to give back 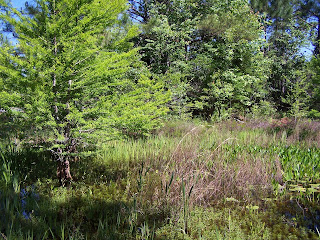 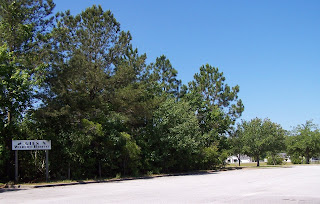 Scenes from outside the Wildlife Habitat
Scenes inside Wildlife Habitat
On Saturday a group of Coastal Georgia Audubon folks were at Golden Isles Elementary working on the Wildlife Habitat. This was a project started by our Audubon group back in the early 1990’s. At that time the new elementary school had a problem; they were right in the middle of a low land area. The land had been cleared of every tree. Right next to the school was a huge muddy area. A few of our far sighted Audubon leaders offered

to help. Chris Daughtry was the project leader along with Mike Chapman who knew about native plants. Today, what once was a mess is now wonderful wetlands area. Chris went on to design and install several other outdoor classrooms around the area. He has won a couple of national award for these classrooms.

Saturday we were thinning the trees in the little area so the children can walk around on the paths. We used a chipper to
create mulch from the trees we cut down. The mulch was put on the trails. It smelled so good in there with all the pine, cedar trees and wax myrtle chopped up. Do not worry there were plenty of trees around. 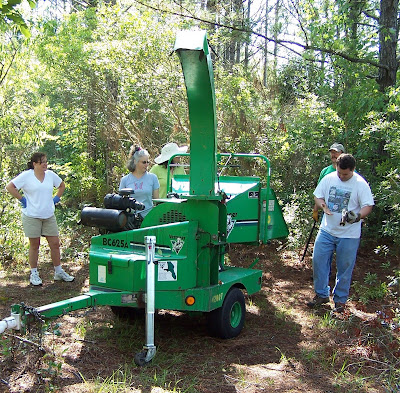 Auduboner gathered around the chipper ready to work
There was a Little Blue Heron in the bog when we arrived. As we drug wood over to the rented chipper, Red-winged Blackbirds chipped around us. There was a Green Heron that want us to leave and Pine Warbler sang their lazy summer song.

It is wonderful to watch birds but it is just as important to give back. These wildlife habitats gives habitat back to the birds. The added benefit is that teacher to teach children about birds and nature right in their own school yard. 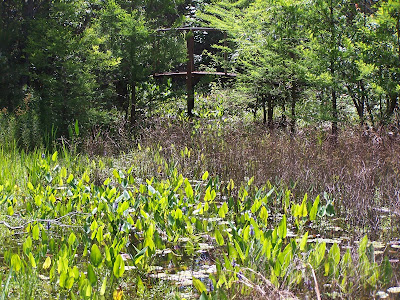 Another view inside the Wildlife Habitat job well done
Posted by Lydia at 1:36 PM No comments:

Shorebirds are passing through the area. Here is a group feasting on a cache of horseshoe crab eggs. Willets, Ruddy Turnstones, Sanderlings, and ten Red Knots were all glued to the spot. What a sight! 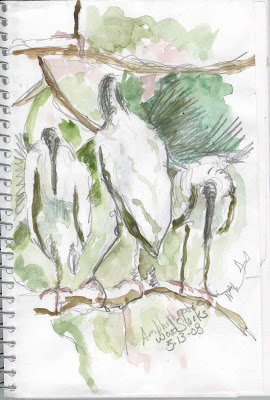 Oh what fun, We had a great Lawn Chair Birding evening at the Amphitheater last night. I've been reading a blog titled Drawing the Mot mot. It is inspiring so I took a little time to sketch. Here is the results.
Posted by Lydia at 6:51 PM No comments:

Carole Lyons, Marge Inness and I did the All Women's Birding Bust Saturday. We chose the name Wily Willets and are dedicating the day to Don Cohrs who passed away April 26. He was a tireless worker for birding conservation. There are few folks that put action to their words. We were lucky to have Don as an inspiration.

Here is our report: The “Wily Willets” started at 6:30 am and went to 9 pm. First we stopped at an easy spot for Seaside Sparrows & Marsh Wrens. After that we joined the Coastal Georgia Audubon field trip and racked up 50 species on the west side of Glynn County. We had stunning looks at a Swainson's Warbler. At lunch we got a good long look at a Mississippi Kite. From there in the middle of the day we hit a couple of easy spots and picked up a couple of species at each spot. At Andrews Island causeway we relocated the Nelson's Gull. Marge got a couple of shots and I got a not so good flight shot. 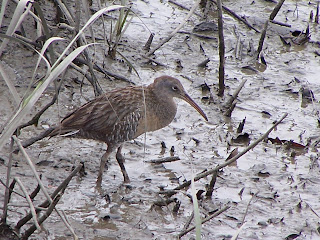 We moved on to Jekyll. The Gray Kingbird was seen by Marge but Carole and I missed it. On our way to the Campground Bird Sanctuary, Marge spotted movement and stopped the car. A small bird was moving around about a foot or two off the ground. At first I called it a Common Yellowthroat but as I watched I got more excited. I saw the head was grayish and it had a faint split eye-ring. On top of that it was very yellow. We were looking at a female Mourning Warbler! It was a life bird for Marge. At the Bird Sanctuary in the Campground there were six small children ages from around 5 to 8. Guess what they were doing? You got it -- playing in the bird bath. I got them to gather around the swing. Marge told them that they were going to have to be quiet and sit still. They were not happy with being quiet and went back to their own camp site. The birds applauded and began coming back into the bath and feeders.

We then headed to Gisco Marine Road area. We hit the tide right. We had several Oystercatchers. One was banded with a yellow band with the number 91. The Black-necked Stilts and shorebirds are easily seen with scopes.

I was counting on getting at least three more species at Gould’s Inlet but the tide was super high with the strong east wind pushing the tide even higher. Oh well.

We finished the day at Fort Frederica where we heard Eastern Screech-Owl, Great Horned Owl and Chuck-will’s Widow. I had hoped to beat my record of 99 species from 2001 and 2002. Anna Layton & I did what we called a scramble on Jekyll in May for International Migratory Bird Day. . But I think we did pretty well. We totaled 97 species for Glynn County. On top of that it was just down right fun. 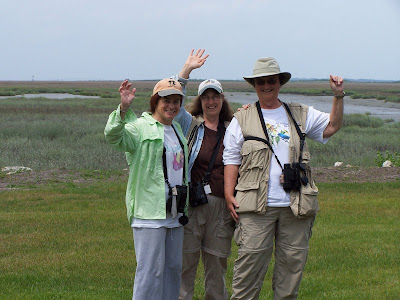 In April and May, Whimbrel feed in the salt marshes, and then in the evenings they gather in the Gould’s Inlet area. Wednesday April 30 Coastal Georgia Audubon Society had our second annual Whimbrel Watch. There were 40 folks at the event. We were luck that there were also 417 Whimbrel gather across the area. At around 8:15 the Whimbrels all took off flying over the waves and were gone. It was great to have that many people out there to enjoy this stunning event. 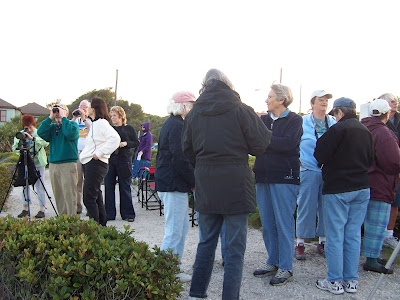