Painting away the old year.

First off, I do not consider myself a painter. I am a drawer and a printmaker. I enjoy working on my etching press. 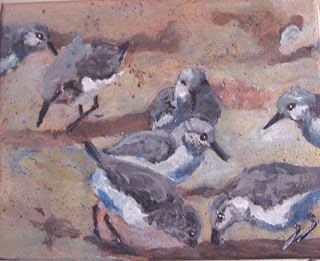 But for the last few months I have been talking to painters and it got me thinking. Can I paint?

Janet Powers invited me over for a boat ride out on the Little Satilla River. Thanks Janet, that was so much fun! Walking into her home and past her studio, there was the smell of oil paint. To top that there was creative pieces all around. It was inspiring.
So in January, Glynn Art Association is having a show Expand Your Horizons so I am working on this little painting. It is not finished but it is getting there.
Happy New Years!
Posted by Lydia at 10:44 AM No comments:

Starting in the pink

Every day there is something else to see, hear and experiences. This morning I had a Roseate Spoonbill fly over my head. 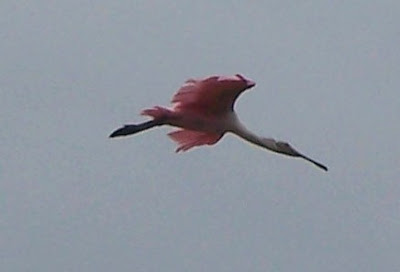 Here some colors of the season 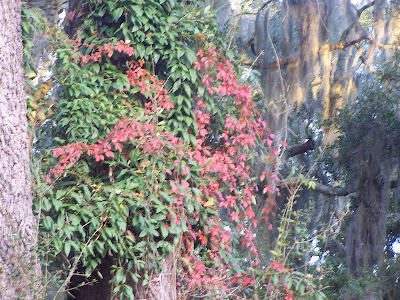 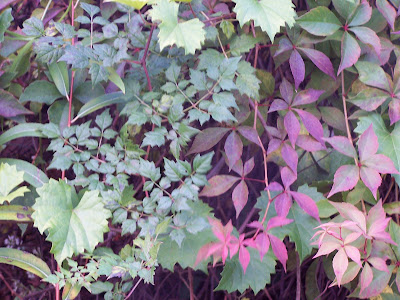 Sunset on the Jekyll causeway 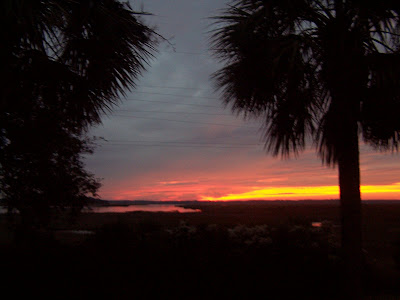 Here are a couple of images of Jekyll at night in December. 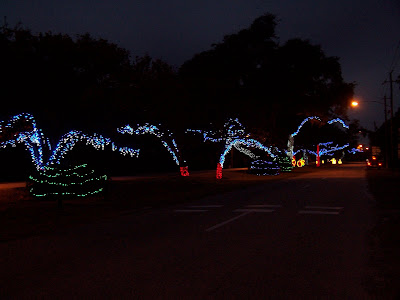 The welcome towers to the Jekyll causeway 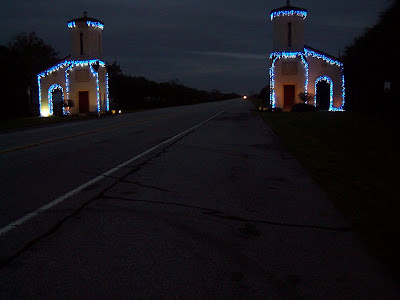 Merry Christmas and Happy Holidays to you all!
Posted by Lydia at 9:47 AM 1 comment: 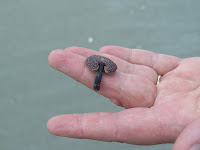 My friend Sheila was the first to help us with the funny purple creature Hallie & I found on the beach.

Here is her answer:
"That purple little sea critter on your blog is a Sea Pansy (Renilla reniformis), a coelenterate & is a type of soft coral like Sea Whips & Sea Fans. Amazing to think about its being a colony of individuals. The "reniformis" ties back to it's being kidney-shaped ("reniform"). It is strongly bioluminescent when disturbed. The "stalk" anchors it in the soft sand & the "top" can deflate to lie closer to the floor in order to reduce resistance to currents or during rough weather. There are many tiny daughter polyps on the top which have 8 feathery tentacles each (see under lens). At least 2 small animals live on/with it: Beaded Sea Star (seeks protection there: commensal) & Sea-pansy Nudibranch (feeds on the polyps: predator or parasite)."
Wow. Just think about it. It is a whole world in your hand.
Thanks Sheila for sharing. 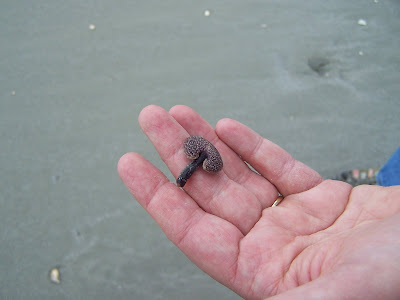 Monday was so much fun. It was foggy so it was hard to see the rafts of ducks out on the oceans. Instead we looked at our feet. Here is a small collection of beach stuff we saw. The tiny shell in the top middle is a dwarf surf clam. I was told that Red Knots eat these. There were Red Knots present. 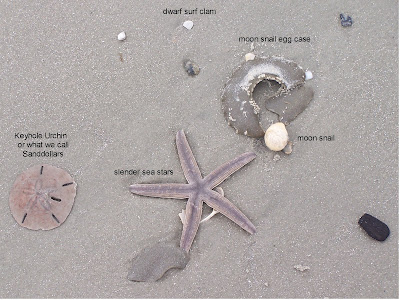 But I do not know what this is in Hallie's hand. Can anyone tell me? Thanks 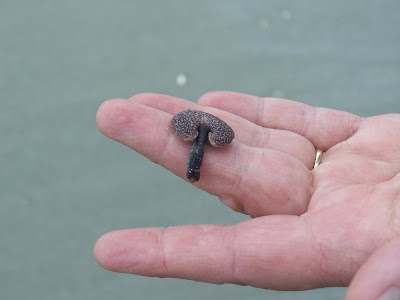 Sparrows, shorebirds and a few ducks

Sparrows, shorebirds and a few ducks those were the targets for Monday’s birding. Hallie Mason had emailed me back in November that she was coming to Jekyll to bird, bike and golf. Jekyll was a perfect fit. We emailed back and forth so when she show up it was like meeting a long lost friend. Our first goal was to find the marsh sparrows. Oh my, those marsh sparrows can be secretive. We did have the tide in our favor so we went first thing to Andrew’s Island Causeway. We drove down the very muddy road and parked. A Western Palm Warbler was our greeting committee. We just walked a just a little when we spotted movement. The first bird was a Nelson’s Sparrow while we were looking at that bird another bird popped up. Another sparrow flew across and landed on another blade of grass. It was a Salt-marsh Sparrow then another one popped up in between the two. It was a Seaside Sparrow. You could see that the Seaside was a larger sparrow. What a show! I could not believe my eyes. These beautiful little sparrows were up. They were looking around. We were not in mud in fact our feet were dry. How often does that happen?
Well the whole morning continued in that kind of unbelievable luck. We had a neat little Piping Plover on East Beach on St. Simons Island. There were two eiders on Sea Island. Both eiders were males and one was the white and black adult male. Ok now that was good birding.
Sorry It was such a great morning of seeing some wonderful birds, I forgot about my camera. But here is Hallie at the amphitheater. 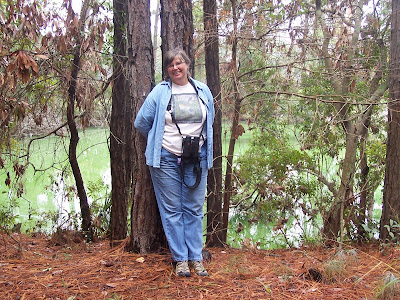