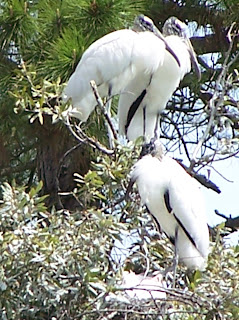 Last week was a blur. I did two rambles there is a lot of action going on right now. Wood Storks have done a lot of bill clacking, wing slapping and are now gathering sticks. Some of these birds are already sitting still of their nests. Over the next few months, we’ll watch these wonderful birds and see what happens. 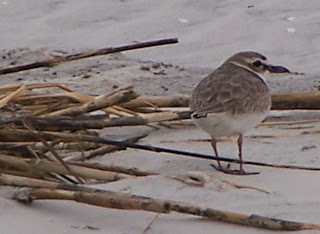 The Wilson’s Plovers have returned. We are privileged to watch these amazing birds as they pair up, display, nest and raise their young. They are singing right now. It is a series of notes that sound like- “kit, kittery, kit, kit.”

Sorry I don't have a good photo of a gantcatcher so I just put in the Brown Thrasher we watched. 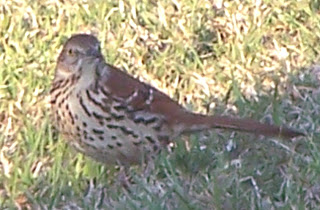 Thursday was another wonderful birding day on Jekyll. We had perfect weather. The tide was way out so we bounced around a lot. At the end of the morning we had seen or heard over seventy species. The stars were Blue-gray Gnatcatchers which were all over the place in little gangs of three to six birds. Next bird was the Yellow-throated Warblers my goodness. Everyone keep tell me they wanted to go to the Campground Sanctuary so we squeezed it into the morning. Yet again we were rewared by a Northern Parula at the bird drip. Around noon we were at the Amphitheater pond. Guess what those crazy Wood Stork are building nests while one lone Roseate Spoonbill looks on with little real interest on the process. 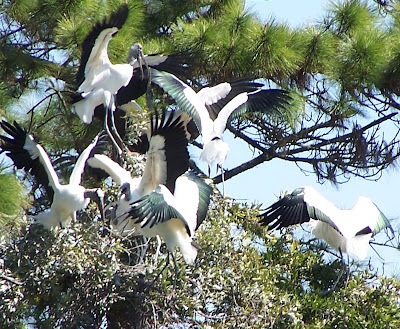 Sorry this is a late report but it was so much fun to have so many folks turn out to enjoy birding along our Georgia Coast.
Coastal Georgia Audubon Society is trying to increase membership. In order to give people a chance to come to all our field trips, we are holding our Field trips at usual times. 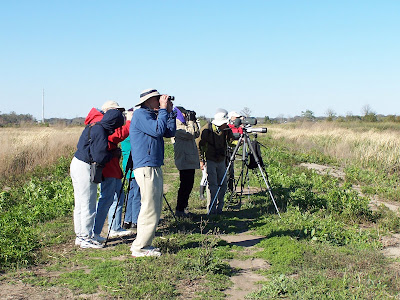 So at 3 pm on March 8, we met at the service barn on Butler Island. It seemed folks liked that time. We had 33 people. There were several good sighting including a brief look at an American Bittern. Good looks at Glossy and White Ibis were on the northern side of the area. We had King Rails calling and Blue-winged Teal flying all around.
And there were lots of Tree Swallows 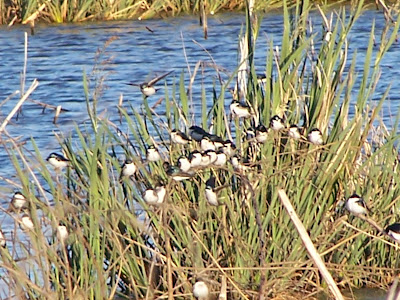 We are marching r

ight into March and March the 6th was wonderful. The weather was perfect. The tide was just right to rush down to the south end. We were ahead of most groups. At the pole ( I call 4-H west) on west there were birds. The first bird we catch sight of was a Wilson’s Plover sitting close to the banded Piping Plover that been around since October. we had seven Wilson's Plovers down there so the season begins. On down the beach there were American Oystercatcher and Avocets with the gang of gulls and terns. Bird song is everywhere. Yellow - Throated Warblers 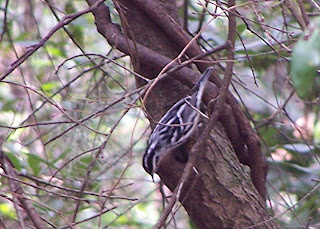 have been singing since the middle of February but just the day before March 5th I heard my first Northern Parula. At the Sanctuary, the Cardinals were all over but the bird of the day was a Black & White Warbler. This bird was all over the place in the birdbath on the trees. It even almost landed on one of my guests. As is my habit, we finished at the Amphitheater pond with Wood Storks, herons egrets, alligators. There at the very end we were treated to a pair of Red-tail in love. Those hawks were flying wingtip to wingtip and even did a little talon locking. It was a dynamic end to a stunning day. 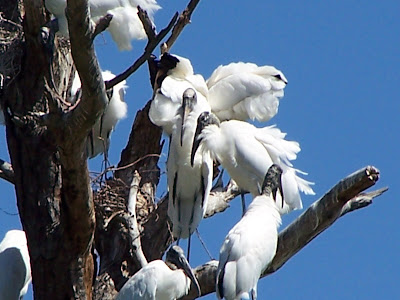 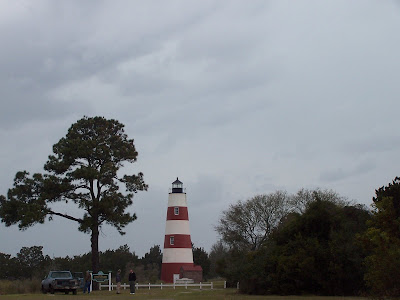 This was a trip that had been planned for a long time. So when the day February 26 arrived and rain threatened 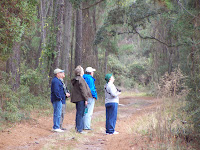 we went anyway. Despite dodging the rain we had a blast. The van was a riot. NO really a riot, it bounced, groaned, and shuttered. When the rains came it rain inside almost as hard as it rain outside. Still we had a blast saw lots of good bird. (Of course I’ve never seen a bad bird) Top of my list were the Bonaparte’s Gulls and Dark-eyed Juncos just to name a few. 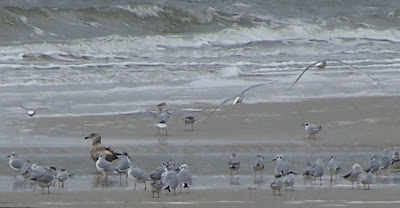 running to catch up

Well time flies when there are lots of birds & birders around. So this is a catch up blog. 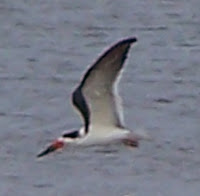 As February fades into March the birds are becoming more and more active. This activity excites folks to stop and watch. I love it. As I like to say “One of my favorite birds is the last one I saw.” Yes, eve

n cowbirds & grackles if it gets one more person to watch birds and more importantly caring about birds.
So let's starts with February 24, high tide in the morning means I must stop by the oxbow creek near the Jekyll Island Causeway. I was rewarded with at least six Seaside Sparrows singing and bouncing around in the marsh grass. My group was large but everyone was excited as we headed to the southwest side of Jekyll. My heart sank though. Th

ere were three groups ahead of us & they had scattered all the bird all the way to the river. Thankfully there were a few birds left included some American Avocets. As we stood there another herd of kids were stampeding toward the birds. My habit in this case is to step in front of the group and politely ask them to please not disturb the bird. But one little boy won my heart. He held up his point & shot camera and ask if he could photograph the birds.
Well my group was all smiling so I put the scope at his level and told him how to photograph thru the scope. As he worked I explained to the leader why the birds were there. As we left he was also helping by explaining why 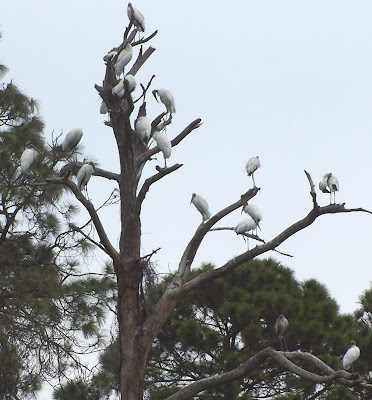 the birds were there. YEA!
The morning was finished at the Amphitheater and a tree filled of Wood Stork.
Posted by Lydia at 10:11 PM 1 comment: