The Georgia Sea Turtle Center attracts over 100,000 people to come to Jekyll annually. On Thursday April 9 and Friday, April 10 around 1200 people came to their spring event called Shell-a-brate. 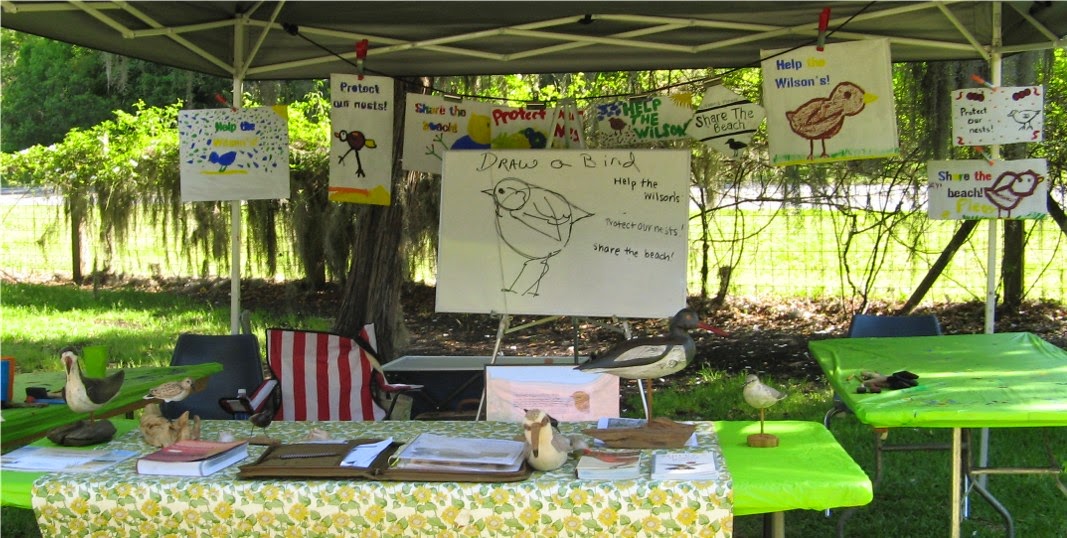 For the past few years, I have had the Operation Plover Patrol booth at this event.  The idea is to teach visitors to the beach about the birds those birds on the beach. This year, we did something different. 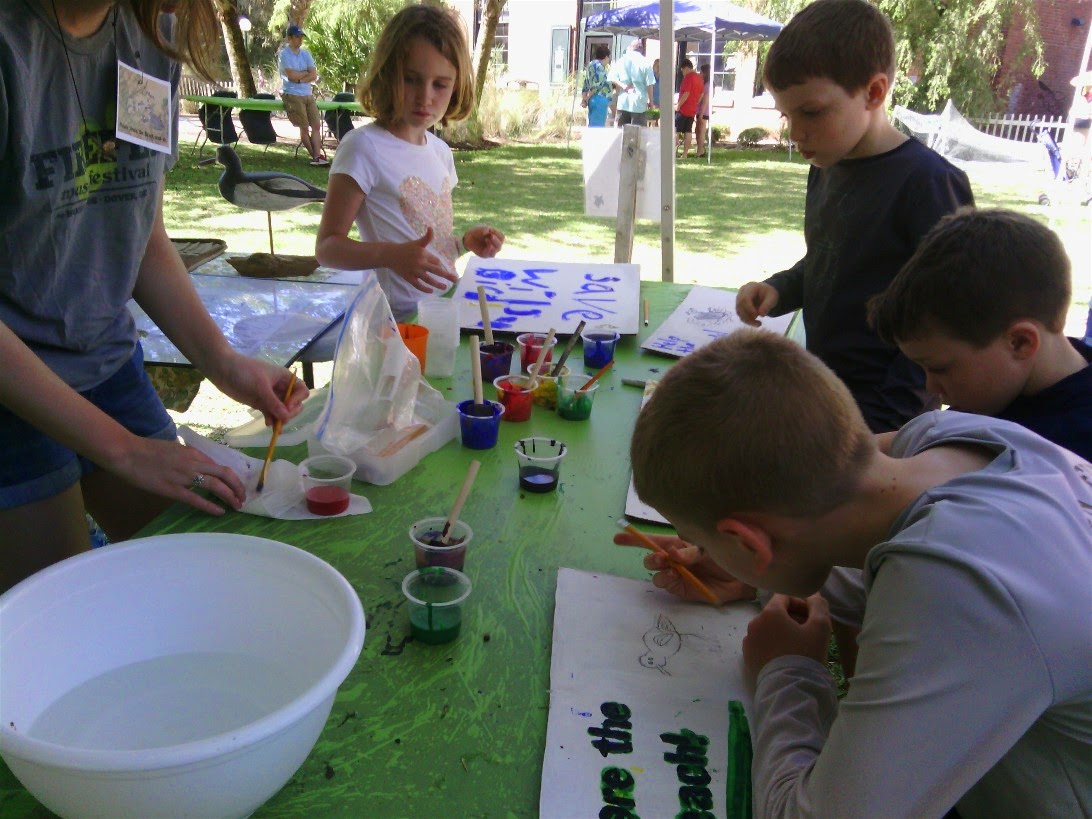 This year we decided to create signs for the nesting shorebirds on our coast. Painting is fun and a good way to engage the public in helping these birds. It wasn’t my idea. I took the idea from Walker Golder, the North Carolina Audubon Director. Since we were on Jekyll and we have a rope line at the south end with nesting Wilson’s Plover, we focus on Wilson’s Plovers. 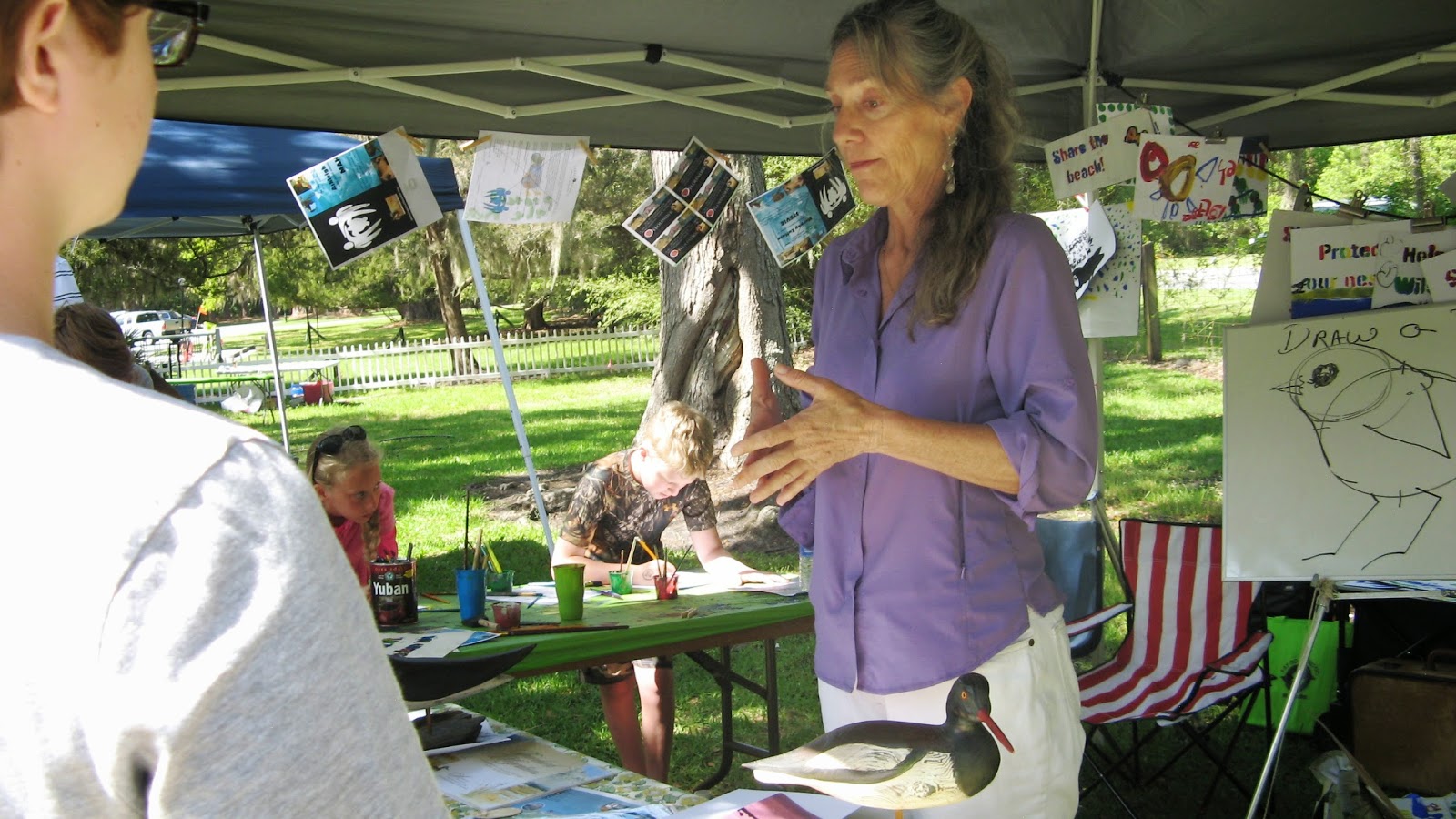 We talked about why the rope line was up.  We showed pictures of Wilson’s Plovers as family groups. One of those pictures showed the adult in plain sight and the chick blended into the wrack and vegetation. We ask people to find the chicks. It was fun to watch them search and find the chicks. 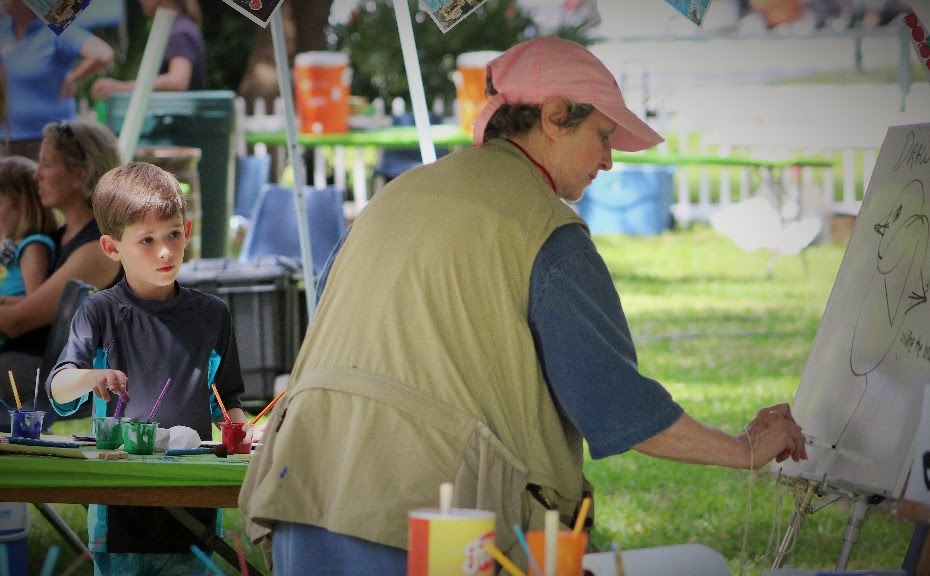 We had decided to have three slogans to build their sign designs around. Those slogans were “Help the Wilson’s”, “Share the Beach,” and “Protect our nests.”  I had a simple way to draw a bird to show our young artists.


The young people were very amazing at coming up with ideas on their own. Here are a few of the signs. 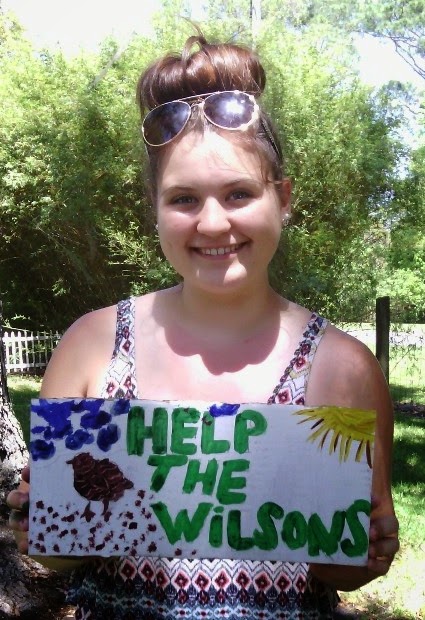 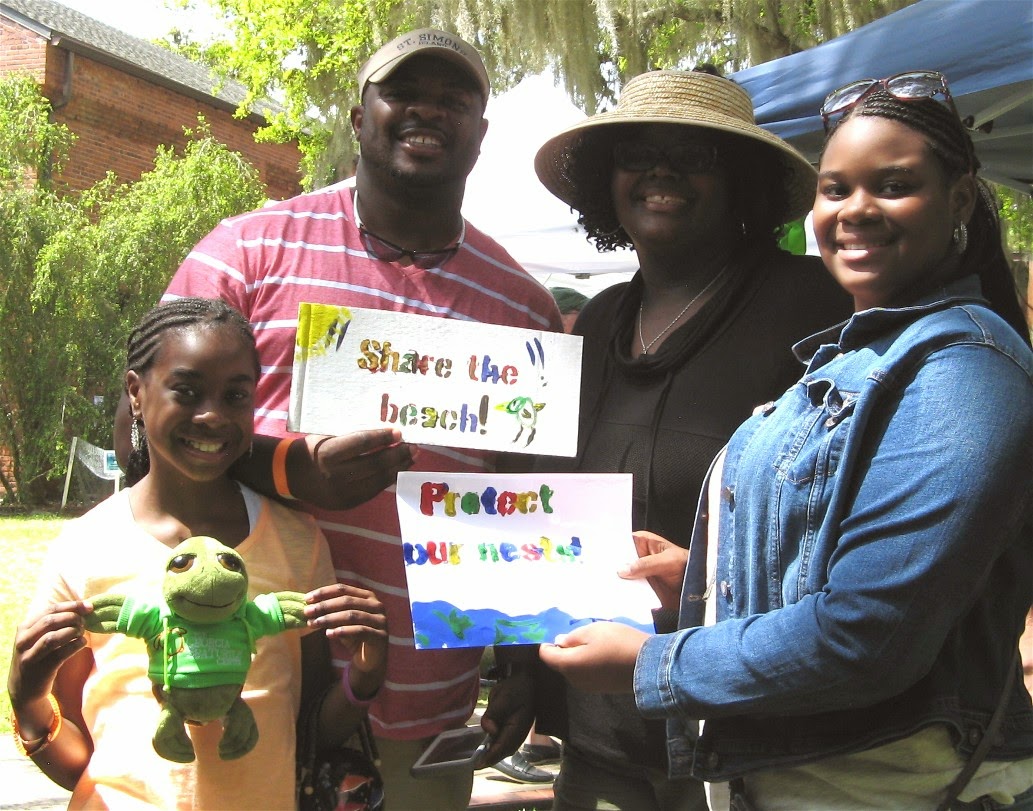 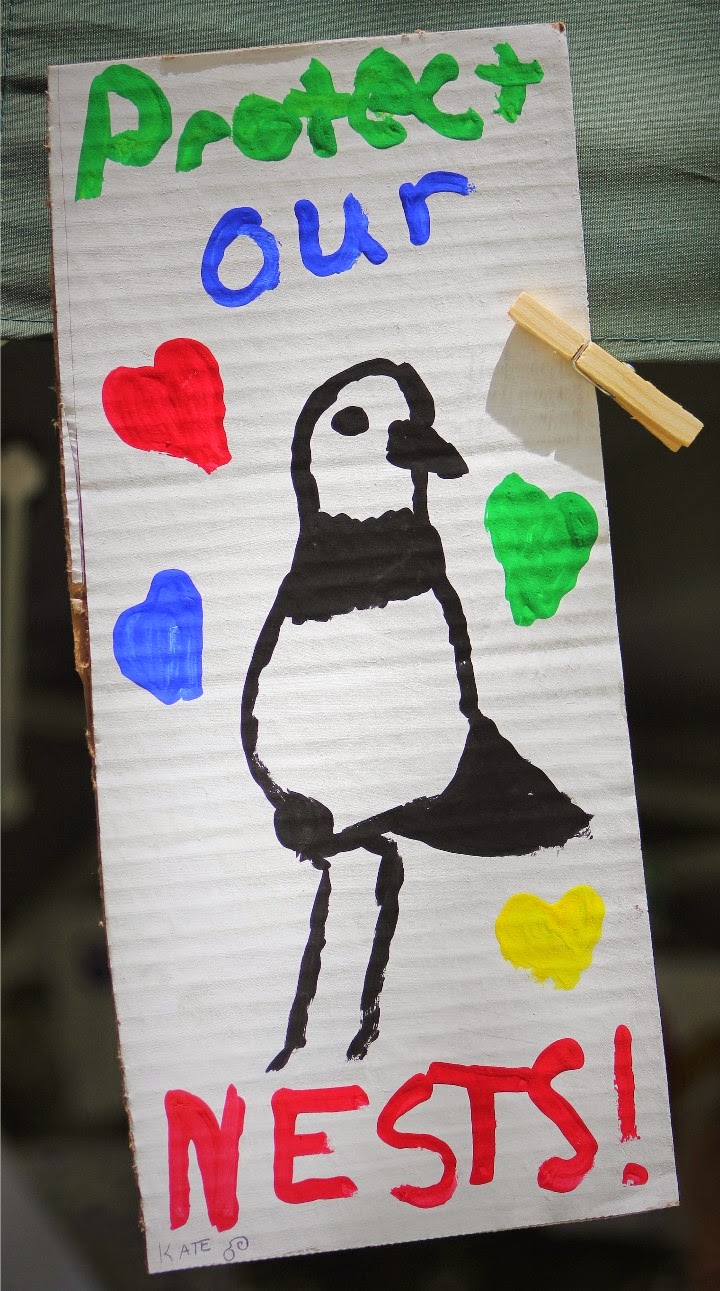 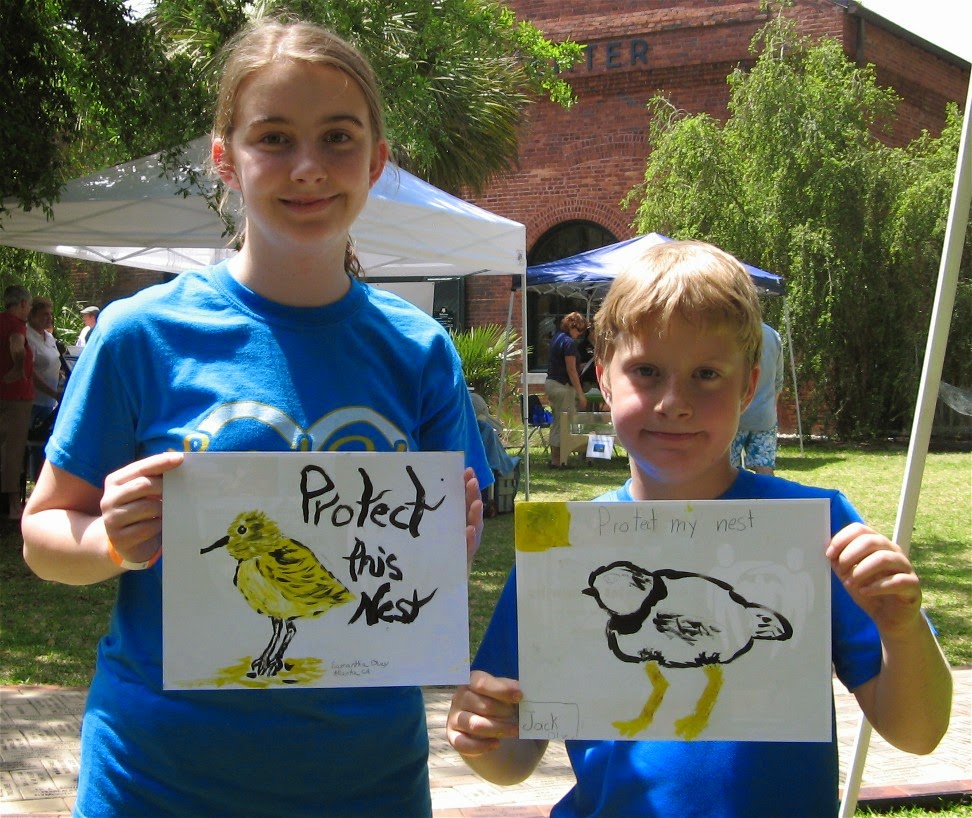 Back on the Beach

March 30, 2014, it has been a year since that day.  I had joined a group of birders on Little St. Simons Island.  My hip had been giving me problems but ignored it.  “Just a pinched nerve,” I thought.  The First beach was at the north end of the island.  There we were going to see a Long-billed Curlew.  This is a large shorebird who feeds on worms in the soft mud of our salt marsh creeks.  If you are from the Pacific Ocean Coast, you are probably saying we see 100’s of Long-billed Curlew, big Deal. But here in Georgia, there are just a few that winter here.  Little St. Simons Island is the place to see them.

I was really looking forward to seeing this bird so I slogged through the mud with my heavy scope to see it.  There it was the tall, stately brown bird with a long bill that was almost as long as it body was long.  I was in heaven. But my heaven soon turned into hell.  I slogged out of the mud back to the sandy beach only to have my hip screaming at me.  I could barely move.

The next stop was the center beach.  There was a large group of terns way out on the sand bar.  I would have to walk out on that soft sand.  I couldn't do it.  There were those terns waiting for me to walk out to them.  Sandwich Terns, Royal Terns Caspian Terns, Forster’s Terns, and Common Terns, I love terns and I couldn't walk out to see them.  It broke my heart.  What was wrong?

Well, that was a year ago.  Since then, I have been cooked, cut and fried but the doctors, my friends and I, we beat that cancer.  So on April 3, 2015, I walked on the beach on Jekyll. Carl and Lourdes joined me to walked almost the whole southern half of Jekyll's beach. We conducted the first of the spring season's International Shorebird Surveys.  It felt great to be out there looking at Willets, Dunlins, Sanderlings and six Short-billed Dowitchers.  They were beautiful.  Of course, the Wilson’s Plover came out from the wrack to give me a high five and welcome back.  We saw 4 pairs and there could be 2 more pair tucked way back in the sandy dunes.  I look forward to helping them as they settle into nest.  Yea! More to come...