Least Tern are wrapping up nesting 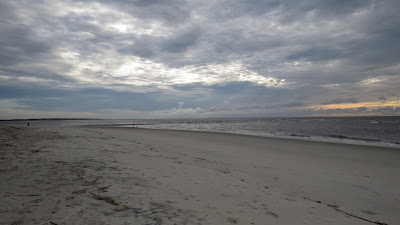 The Least Terns and Wilson's Plover are still out in the northern enclosure,
especially in the middle and southeast side. 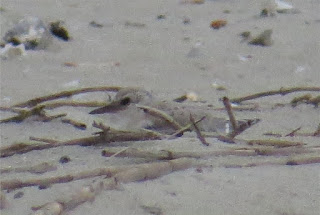 There are two Least Tern chicks very close to fledging and
one Wilson's Plover chick that is maybe a couple of weeks away from fledging. 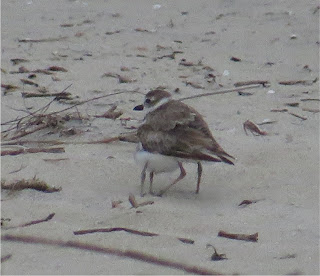 The terns and plovers are using the north enclosure to rest at around high tide.
This a young Least Tern. Isn't it lovely? It makes this nesting season worth it.
I counted 190 Least Terns total and one pair of Wilson's Plover.

Look what I found the first thing on my survey of Saturday morning July 23.
This chick took me by surprise.

I thought that we would be through with the Least Tern project by July 19th, but these birds won’t quit. They have found a near perfect nesting area and they are going for with all the gusto they can muster. Last week, there were a little over 80 birds still in the two enclosures. 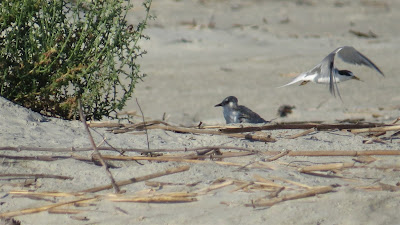 Adult Least Tern is flying by as a Least Tern chick sits in the shade of a Russian thistle.

The Wilson's Plovers appeared to be finished.  Boy! was I wrong. 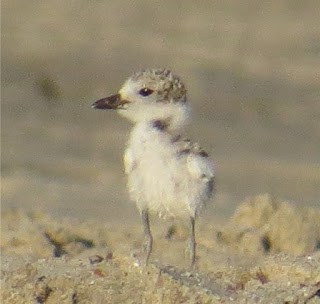 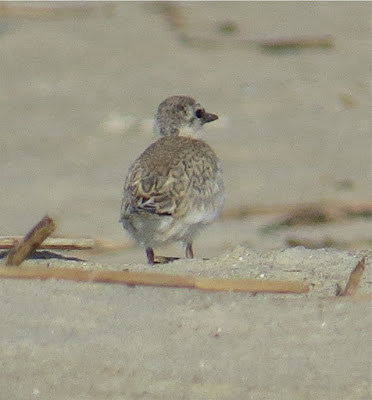 Granted there were fewer terns this week. I counted around 50 terns inside the enclosure.  There were more chicks than last week.  I watched as one Least Tern worked on a scrape.

To top that one Wilson’s Plovers was sitting tight on a nest. 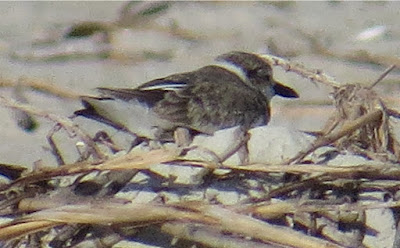 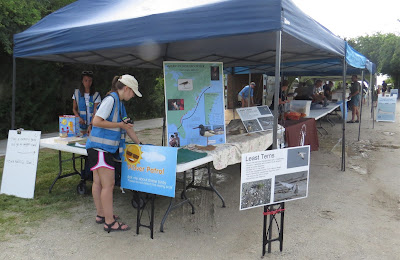 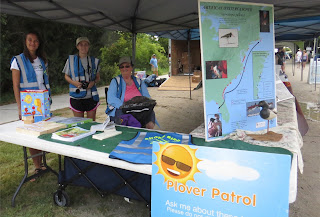 We had a table with information about Wilson's Plovers & the large Least Tern Colony at Gould's Inlet. 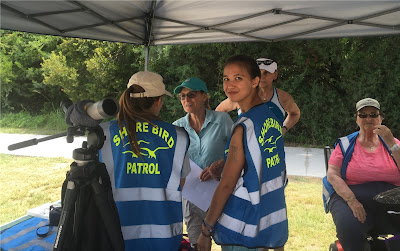 Thanks to Devon, Linda, Sarah,  Mary Jo, Marge, and Marty for helping the birds.
Posted by Lydia at 3:18 PM No comments:

The Secret Life of Least Terns 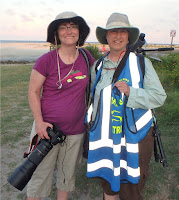 Once a year for the last 16 years, my friend, Melanie Kist comes to Jekyll with her family. She is a gifted photographer. I often used her photographs in my bird conservation work. 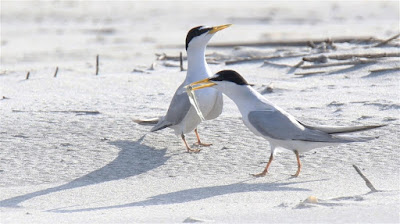 This year I invited her to see the Least Tern colony. Here are a few of her photos.

They give us a peek at what these terns are doing on the beach. 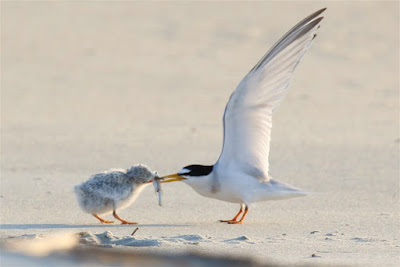 Don’t they just melt your heart? 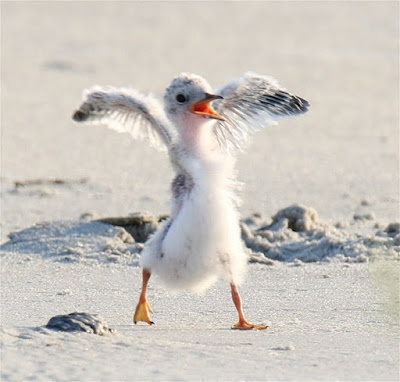 These are few more pictures of the secret lives Least Terns.
Thank Melanie

Hi all
Well, the Wilson's Plovers are well cared for on Jekyll. Thanks to Ben Carswell, Yank Moore, and Ranger Bre.
This year Gould's Inlet has a huge sand spit. The Least Terns saw it as perfect for nesting. The Wilson's Plovers agreed. I was asked to help set up a Plover Patrol on St. Simons at Gould's Inlet. 14 volunteers have step up to help.
Tim Keyes, our DNR Shorebird person, got our vests. Here is one modeled by his son Walker. 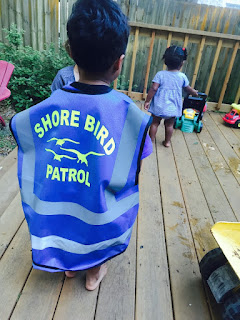 Tomorrow evening these vests will get their first use as Team Bird is out in force on World Ocean Day!
Posted by Lydia at 5:54 PM No comments:

Tuesday, we went to Harris Neck National Wildlife Refuge. It is a charming small refuge on the Blackbeard's Creek. It has a lot of interesting history. I was an airforce base then it went to the McIntosh County, and finally, it became a Harris Neck National Wildlife Refuge.
The first birds we saw was a large flock of grackles. There is a rhythm to large flocks of blackbirds. 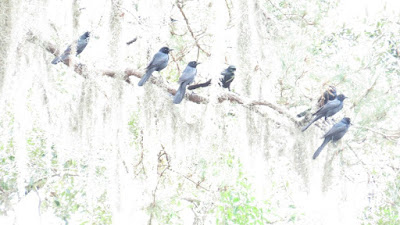 But we came for the ducks, so we went on to Bluebill Pond. There we found ducks, lots of ducks.

There were lots of Blue-winged Teal. There were a few Gadwalls.

But we were there to see another duck. There he was swimming with the Blue-winged Teal.

It was a young Cinnamon Teal. He gave a few look looks and flew to the middle of the pond.

Here he is on the right with his head tucked under his wing. We watched the other ducks
Here they are feeding. 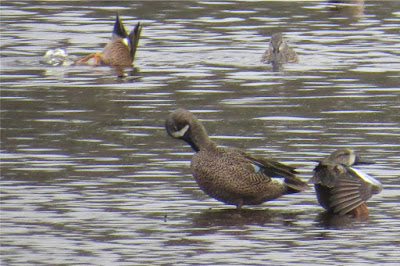 The Ducks were not the only birds as we walked around Billbill Pond up to Woody Pond; I spotted this Little Blue Heron. It was an excellent end to a Ducky Day. 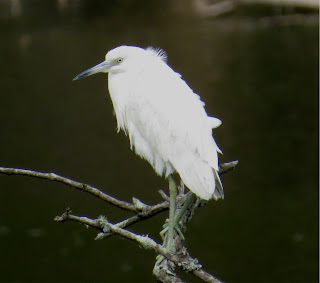